Take a look at our team of NYCSS Instructors and Fighters!

Jared Kirby has been involved in Combat for Stage & Screen and Western Martial Arts for nearly 25 years. He teaches in New York City (and the metro area) and has choreographed fights Off-Broadway, Nationally, in London and Sydney. 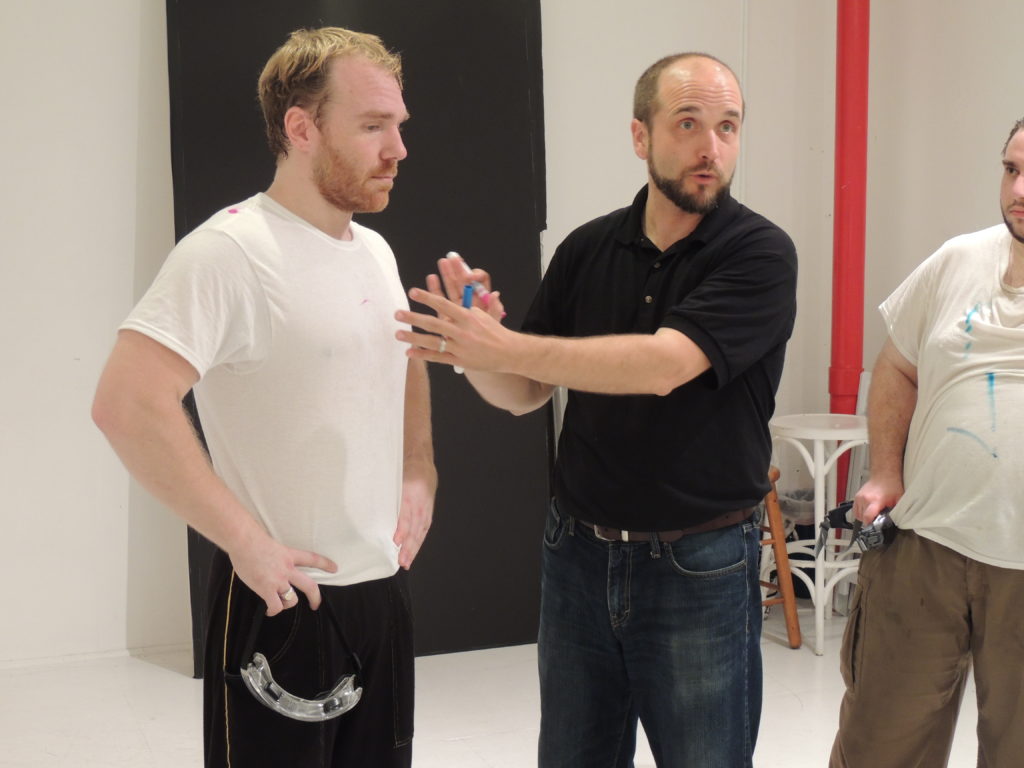 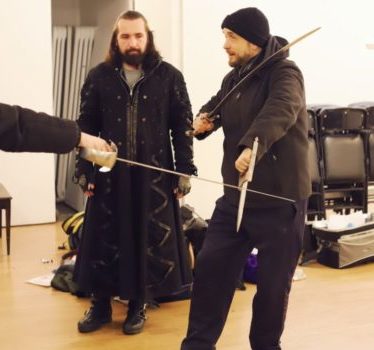 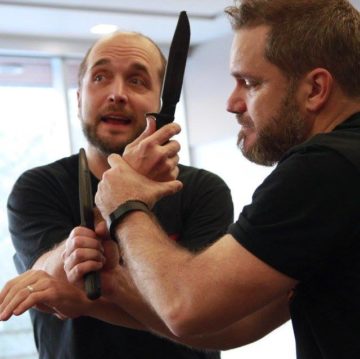 Tony is driven by a mix of his passions for historical martial arts and nerd culture to create a blend of the martially realistic and the out-of-this-world fantastical in his work.

Tony began working with Jared in 2010 as a Classical & Historical Fencer, and soon after in Combat for Stage and Screen. This all began while working on his degree in Theater from SUNY Purchase. He continues to train in Western martial arts (particularly favoring the Dueling Saber)

Apart from teaching with NYCSS, Tony teaches the Stage Combat Club at SUNY Purchase.As a choreographer he has had the honor to be involved with projects such as Hamlet with the Classic Stage Company, The Force Within (A Star Wars Fan Film) and the original musical La Maupin (for which he and Jared received awards for Best Fight Choreography from the Fresh Fruit Festival). 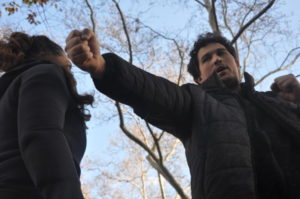 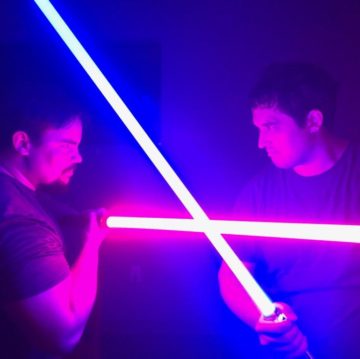 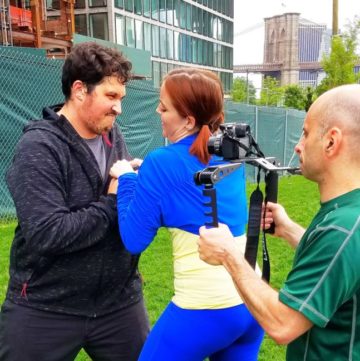 Kaitlyn strives to stay well versed in various unarmed and weapons combat systems. Her acting, music and dance background assist in her approach to all combat. She loves to teach, inform, create and collaborate with new and innovative artists while using violence and fight performance to enhance and tell our stories.

Kaitlyn began her combat career in 2013 with NYCSS and her current favorite weapons are spear, chain and longsword.  In 2017 she trained intensively with ASCA in Sydney Australia, gaining her certification as an advanced combatant and basic instructor with their company. Kaitlyn is on faculty as a Stage Combat Instructor with The New York Conservatory for the Dramatic Arts and assists at The Tom Todoroff Conservatory. She has worked on a multitude of short films and indie projects throughout NYC as both a fight choreographer and combatant and is also a producer, assistant choreographer and star of her own action series, The Hunted: NYCSS. CREDITS: Has worked with Hudson Warehouse NY, for their past three seasons as a Fight Director and Assistant Fight Director working on recent productions; Hamlet, Antony & Cleopatra & The Merry Wives of Windsor. She is also the new resident Fight Director for RudeGrooms NYC based in Queens, having worked on Romeo & Juliet, and receiving acclaim for her violence in their production of The Changeling. Other notable favorites are Neverwhere (US premiere) adapted from the Neil Gaiman novel with Red Monkey Theatre Group and BFF; a dark comedy (Off-Broadway). 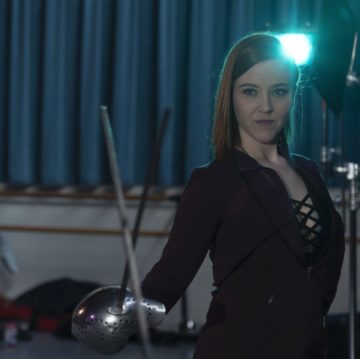 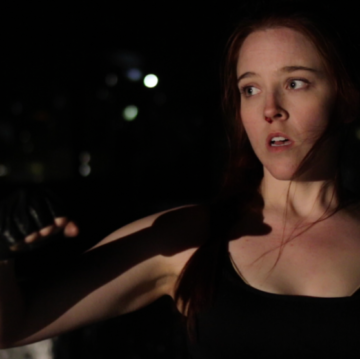 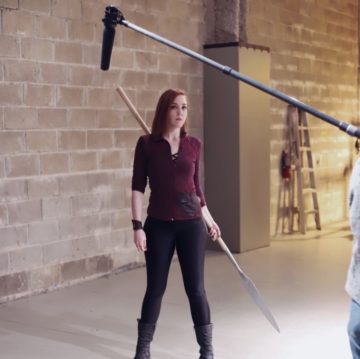 Vincent loves to blend his wealth of martial arts training and experience with physical storytelling. Vincent bases his work as an instructor and as a performer in actual martial technique. He loves engaging audiences, actors, and production teams with true to life violence which elevates the story being told. 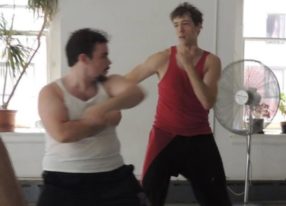 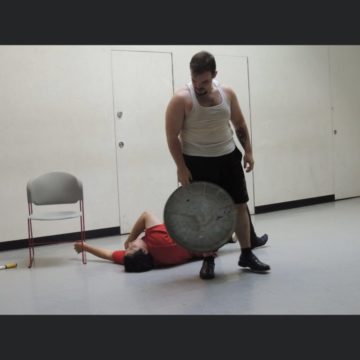 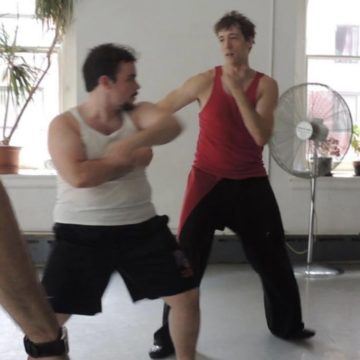 Assembled and led by Jared Kirby

Want to train as an Instructor?

Katie incorporates mindful movement in her work and applies balance techniques from ballroom dance and Peking Opera to her fights. She loves to explore new ways to bring character into a fight and aims to add safety and awareness to every performer’s toolkit.
Katie began training as a stage and screen combatant with Jared Kirby in 2014. She has worked as Assistant Fight Director for the Staten Island Shakespearean Theatre Company’s production of Richard III, Hudson Warehouse’s production of Sense and Sensibility, and the short film “Down on Delaware“. Previous stage acting credits include Beijing Playhouse’s A Christmas Carol (Jacob Marley) and Collaboration Town’s Horror Show (Ensemble); film acting credits include the short films “Sharper”, “The Underwear Ordeal”, and “The Demon Inside”. 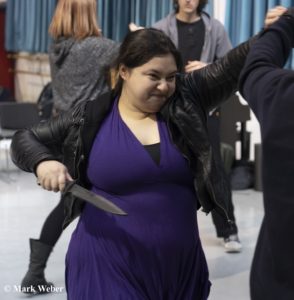 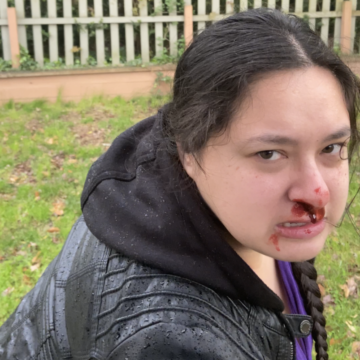 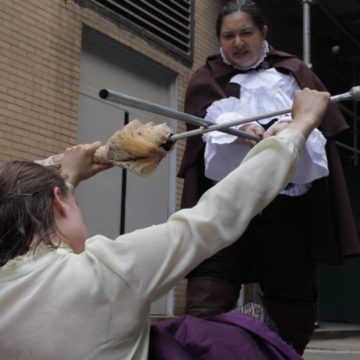 Creed is dedicated to learning, training, and getting his hands on as many weapons as possible. This little ball of energy is ready, willing, and able to give his all to see things done effectively and efficiently.

Creed started stage combat with NYCSS at 2016. He also currently teaches axe throwing at Kick Axe Throwing at their Brooklyn location. Creed made the jump from actor to actor combatant while studying for his Bachelors Degree at East Stroudsburg University. He has a passion for martial arts and loves to learn as many forms and styles as he can. Currently training in includes Taekwondo and FMA. Not only does he practice in martial arts, but he also as a variety of weapons disciplines that he has experience in. These include: Unarmed, Tactical Knife, Longsword, Rapier and Dagger, Kali Sticks, Quarterstaff, and Axe Throwing.

As an Assistant Fight Director, he worked for Jared Kirby in a number of projects that range from theatrical shows, Indie movies, tv shows, and a music video. Additionally, he fight coordinated for The Telly Channel on a few episodes for their Instagram series called Bodega Knights. As an actor, he has experience on television as well as stage. 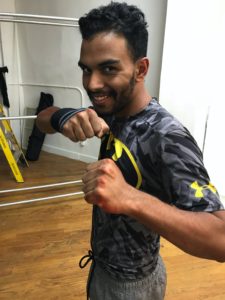 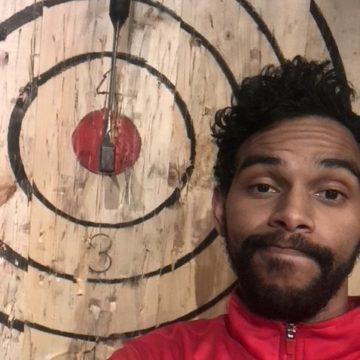 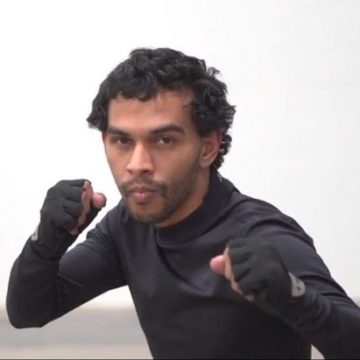